Heather Roffe, Program Director of Dance at Nazareth College
Heather has performed nationally and internationally with the Garth Fagan Dance Company; Bill Evans Dance Company; FuturPointe Dance; Assemblage Dance; her own work as artistic director of Heather Roffe, Dance; and at festivals such as Jacob’s Pillow, the International Dance Festival, and the American Dance Guild Festival. Roffe’s choreography has been presented across the country, internationally, and has been commissioned by dance companies and college programs. Her choreography explores the human experience,  including relationships to each other, our world, and technology; solidarity vs. isolationism; and divisive memes such as classism, racism, and gender. Roffe collaborates through movement to reveal and dramatize the power of human gesture and of the body’s inherent ability to convey universal themes of love, loss, compassion, and fear. Roffe is an active scholar in the field of dance, presenting nationally and internationally on dance pedagogy, somatics, and dance and feminism.
TUESDAY, July 30th

Rachel Telisky is a 2001 graduate from SUNY College at Brockport. She graduated with a Bachelor's degree in Dance and a Minor in Business. She was a three time student choreographer at SUNY College at Brockport. During her studies, she took several classes from the Tony Award winner Garth Fagan and the late Timothy Draper from the Rochester City Ballet. Rachel has performed with the Kista Tucker Dance Company, The Ellis Wood Project and Dancescore. Rachel also took part as a choreographer and assistant for the American College Dance Festival. She competed regionally and nationally with Images in Dance during high school. In 2008 Rachel opened Platinum Dance Company. During this time as owner and director her choreography has received numerous 1st place overall placements and judges awards.
WEDNESDAY, July 31st

​Bailey Fantauzzo is currently living in Virginia, but grew up in Rochester, NY. She is a Ballet Mistress at Arts Ballet Academy in Newport News. Bailey began her formal ballet training at the Draper Center for Dance Education and University of Cincinnati College Conservatory of Music, as well as summer intensives at The Juilliard School, Atlanta Ballet, American Ballet Theatre(New York), and The Nashville Ballet.  She danced professionally with Nashville Ballet, Missouri Ballet Theatre, and Common Thread Contemporary Dance. She has been teaching full time for 7 years, and is currently at Arts Ballet Academy.
THURSDAY, Aug 1st 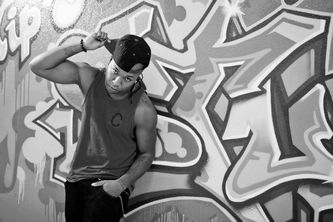 Shoulin young is a young talented choreographer who prides himself on being called the leader of the "new school". Coming from New York the origin of hip hop culture, Shoulin has strived to branch out and bring new life to the world of dance. Starting out as a Bboy originally he evolved by training and adding many styles to his arsenal. Originally a street dancer in New York he picked up many styles from "popping n locking" to housing and later became the first east coast Krump champion in 2006. Competing in battles and competitions of all styles around the world he furthered his career by dancing and working with artists such as Chris Brown, B2k, Nina sky, Jason Derulo, Justin Bieber and many more. He has collaborated and worked with choreographers/Shows such as Nick Bass, Chuck Maldonado, Lil C, Codie Wiggins, WilldaBeast Adams and worked with tour dancers for Rihanna, Jason Derulo, Usher, Pink, Omarion, Justin Bieber, ABDC, World Of Dance and many others. Shoulin has also judged numerous dance competitions from Extreme Dance Challenge in Buffalo New York to Shake The Ground in all of Florida. But the thing shoulin prides himself on most is his passion and love for the art of dance. His charismatic high energy positive teaching style sets him apart from any other in the industry,  and he believes with hard work, discipline and dedication anyone can make it to the top and he will see you there!​
FRIDAY, Aug 2nd